We were extremely honored and touched by Lori’s order and what she wrote below. She ordered two lights based on two different photos of her and her late husband which, to us are snap shots of their life together.

Lori shared this about the medium lamp “This is my husband and myself, Tom Nelson and Lori ( Barlow) then, this was one year before we were married in 1977. I was 17 and he was 18 and we were at the Turlock Ca. fair in the summer of 1976, we had this pin made at one of the booths.”

She continues “After my husband passed away last August 2016 I picked this photo to send and make a light out of because it is one of the first pictures we had taken together when we first started dating. This December would be our 40th Wedding Anniversary.” 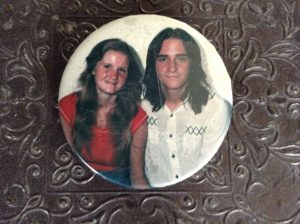 We cropped it (decided to leave some of the metal framing) and retouched it to get rid of some fading, scratches and light reflections. 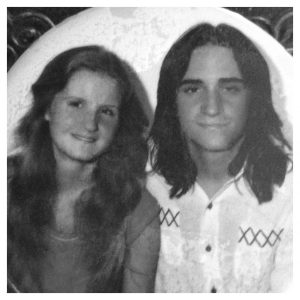 and the final medium lamp:

The second photo was more recent. 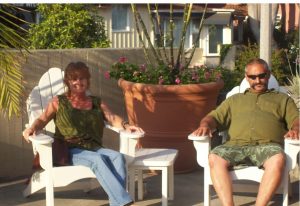 To fit into the proportions of the large lamp, we moved the chairs closer together as well as moved the brunch to the left to be included in the photo. We also retouched some of the shading on the face. 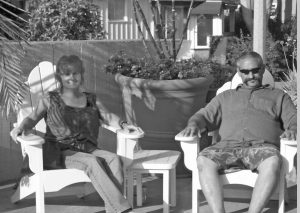 and the final large lamp: 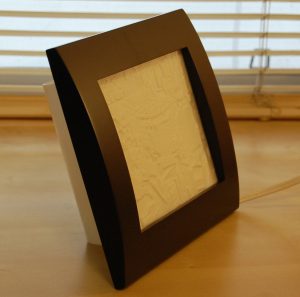